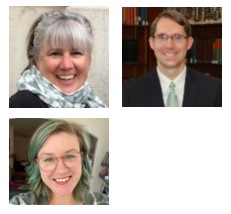 Below are a selection of books about Juneteenth and emancipation in America--non-fiction, fiction, and primary sources. To search VMI Preston Library's full holdings, search our library catalog below.

VMI Preston Library is open to the community. Please come and browse our collection. Community users use a library card issued upon completion of our application process.  Borrowers must use their VMI ID card or library card whenever they wish to check out materials. Please check our hours before you come to VMI.

Primary Sources from the VMI Archives

The VMI Archives is the repository for the Institute's official records of enduring historical and administrative significance.

To learn more about the documents displayed below or to research Black history at VMI, send an email to archives@vmi.edu or call 540-464-7516.

Death of Old Judge - An article about Anderson Dandridge, nicknamed "Old Judge", an enslaved baker at VMI. When VMI resumed operations in 1866, Dandridge, now free, returned to working as a baker in the Mess Hall.

Cadet Contributions for Henry - An undated handwritten note from John T. L. Preston to the Treasurer explaining interest among cadets in making contributions to Henry to help him purchase family members so that they can go to Liberia.