Following the demands of the fall semester and a week of exams, Christmas Furlough allows cadets to get away from Post, take a break from their busy schedules, and enjoy the holidays with family and friends. Today’s cadets may be especially appreciative of the Christmas Furlough after learning that it did not exist for the first 80 years of VMI’s history.

Many attempts to establish a Christmas Furlough were undertaken by cadets and the administration. In 1902 cadets tried to organize to take an “unofficial furlough,” but the administration intervened to discourage the planned mass insubordination. At a 1912 meeting the academic board debated the topic of a Christmas Furlough, and it was discussed regularly at subsequent meetings. 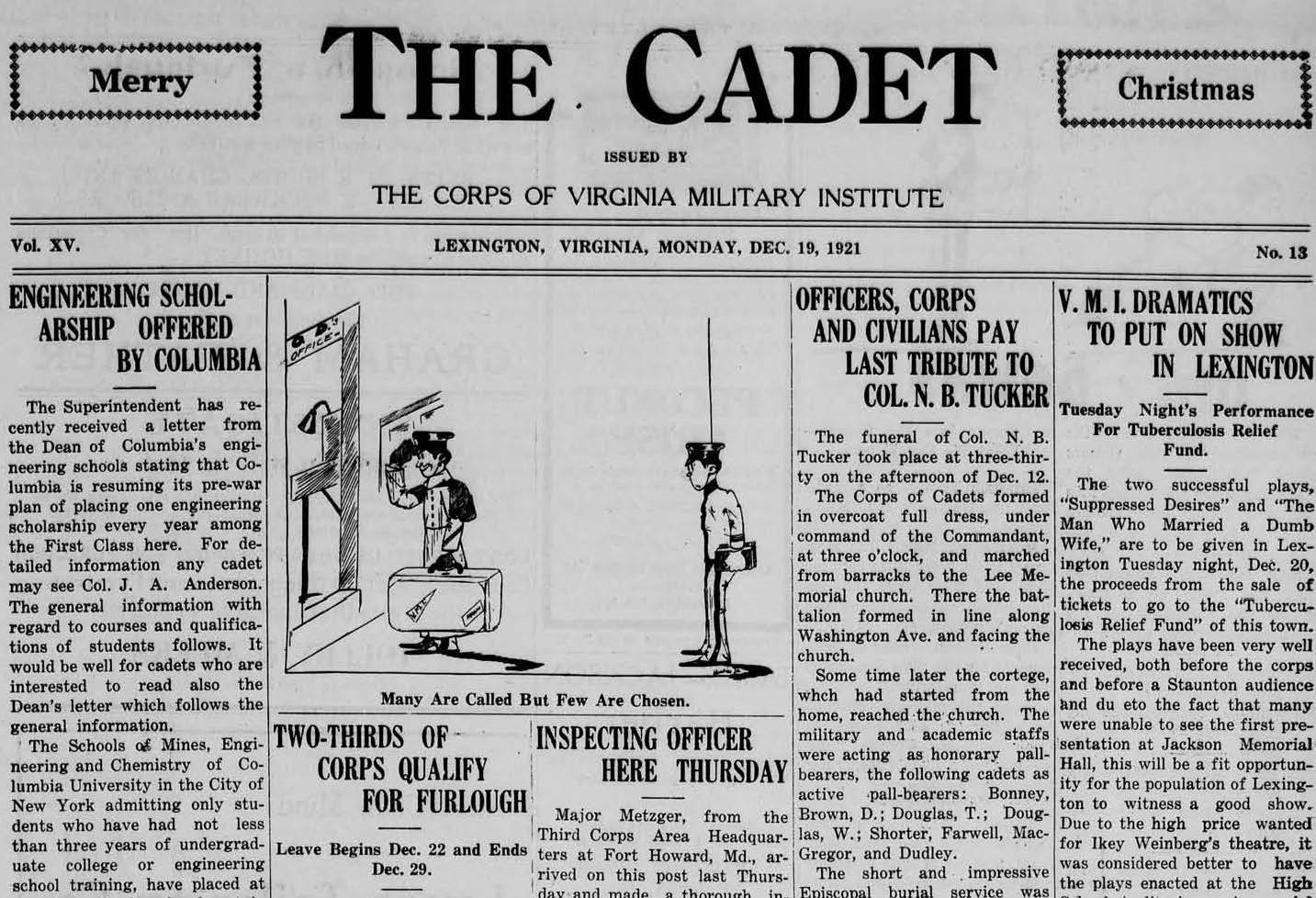 Eventually Superintendent Edward W. Nichols sought the advice of General John J. Pershing on the subject of the Christmas Furlough. Pershing responded that he was in favor of it, but that only cadets with satisfactory academic (a grade of 7.5 out of 10 or higher in each class) and conduct (less than 35 demerits) records should be allowed to take leave. 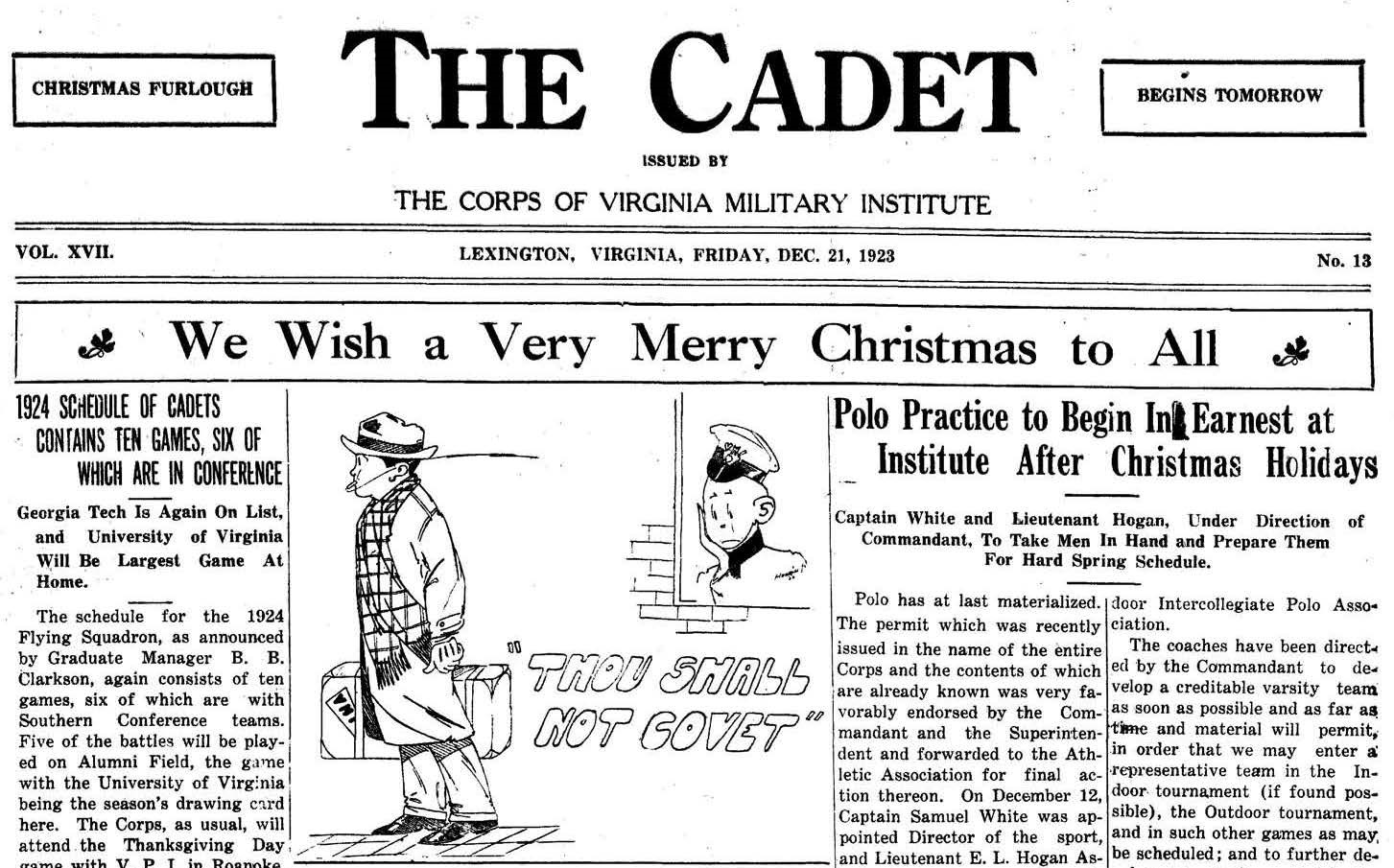 An article in the December 18, 1920, issue of The Cadet newspaper explained the rationale behind the limited furlough by noting, “This is the first time the Institute has ever granted a Christmas leave and it was granted on the merit system in an effort to raise the standard of efficiency both in academic work and conduct.” The first year of the Christmas Furlough, 374 cadets were granted a 7-day furlough, while 192 cadets stayed at VMI. 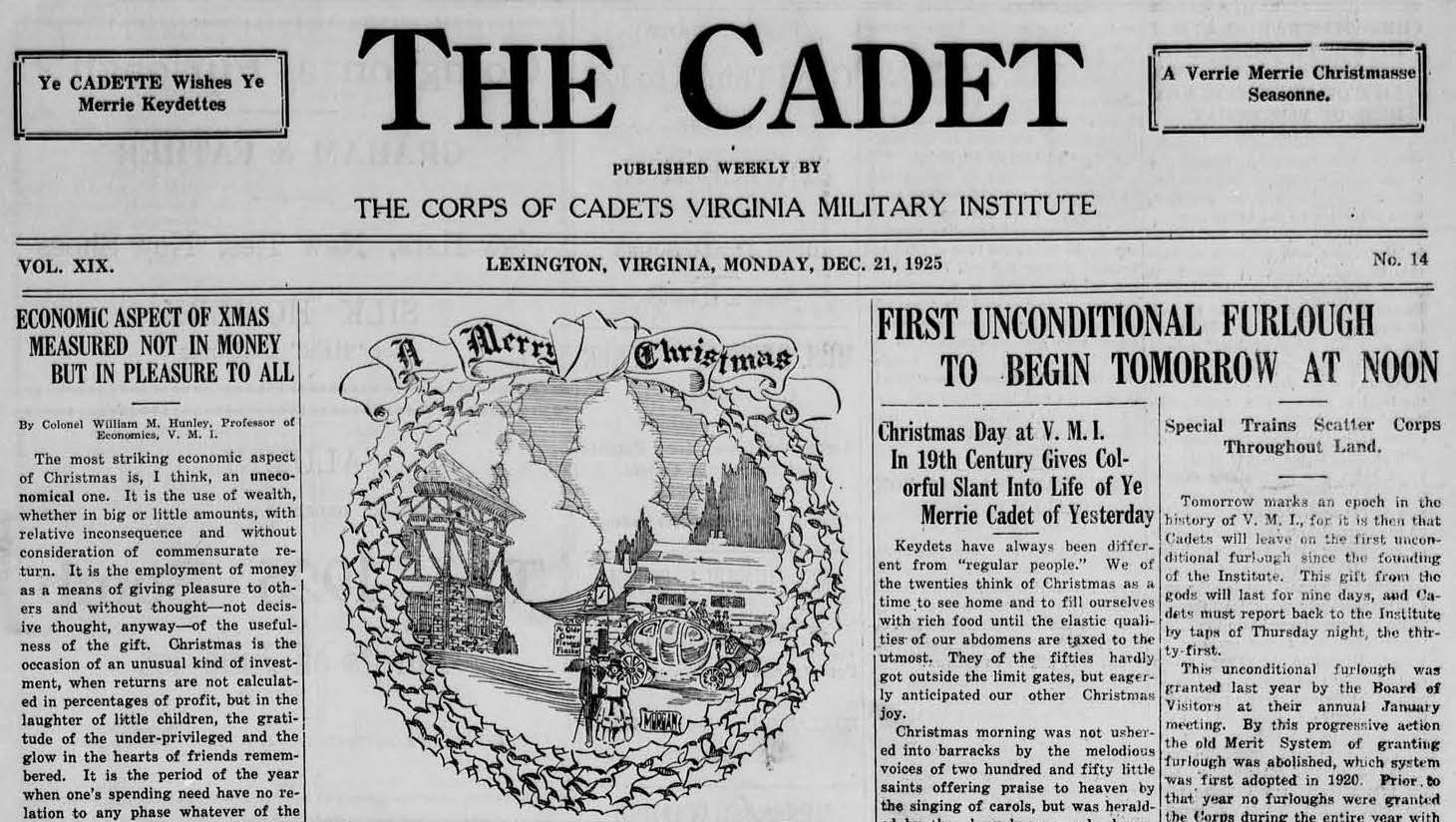 Each year that followed the number of cadets that were granted a furlough increased until 1925, when the entire Corps of Cadets became eligible for Christmas Furlough. An article in the December 21, 1925, issue of The Cadet, described this event as “an epoch in the history of V.M.I.” The duration of the Christmas Furlough gradually increased from 7 days, to 10 days, to 12 days. This year cadets will enjoy a 25-day break.

Pictures of The Cadet and text provided by MAJ Jeffrey Kozak, Head of Archives & Record Management.