Today we celebrate Colonel Janet S. Holly’s retirement from Preston Library and VMI after 37 years of service, from 1984-2021. We are grateful for you and your service, Col. Holly! 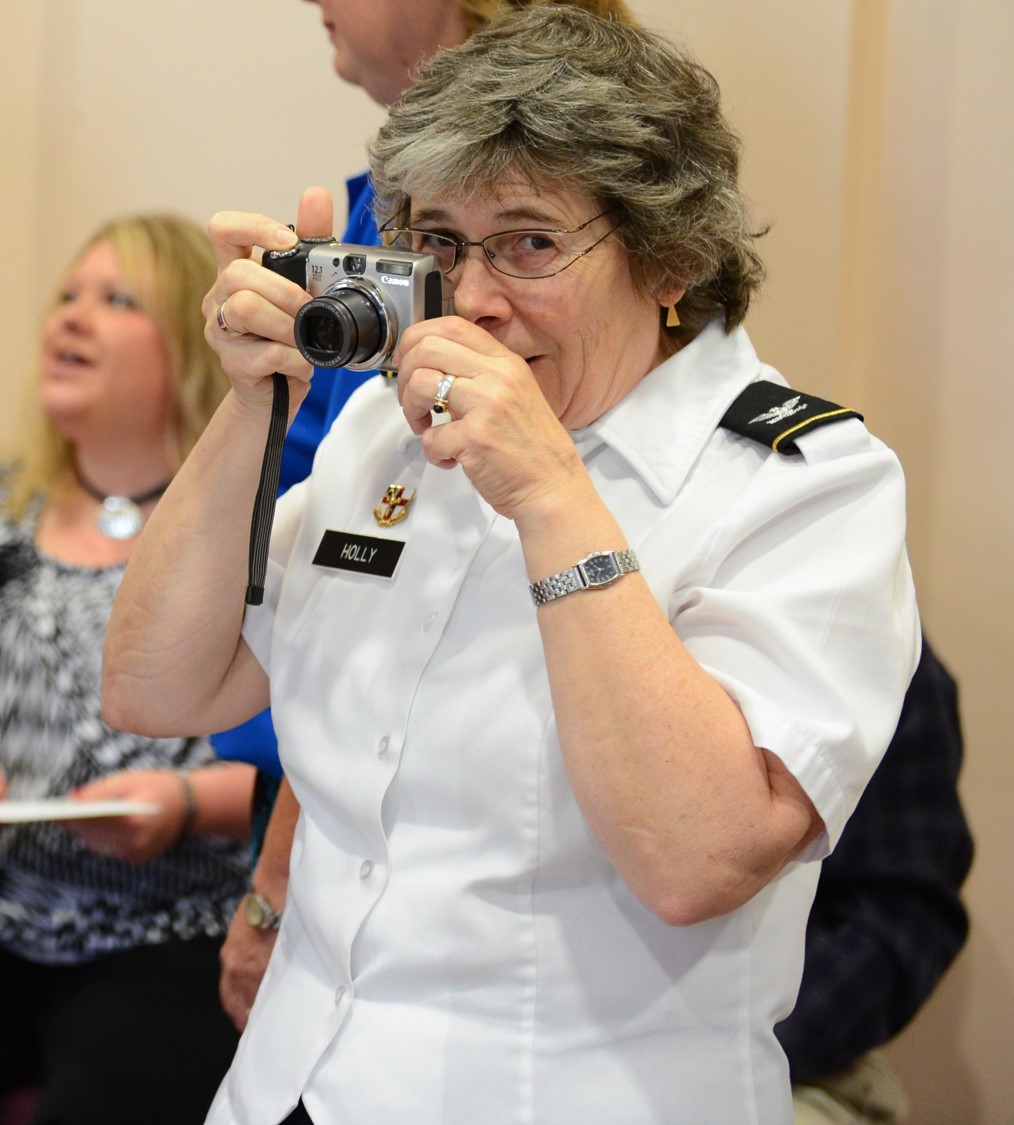 Janet Holly is a transplant from New Jersey.  She graduated from Georgian Court College, Lakewood, New Jersey in 1975.  She acquired her Masters in Library Science and Information Science from Drexel University in 1979.  She was a reference librarian for an engineering firm in Philadelphia before she came to VMI in 1984.

Over the past 37 years, Janet has been providing reference service to cadets, faculty and the community as well as library instruction to cadets taking STP, EN101, and upper level classes upon request of faculty.  She has worked in many of the functional areas of the library such as reference, circulation, interlibrary loan services and collection development.   Janet has been an integral part of technology initiatives in Preston Library for over three decades.  She is responsible for the maintenance of the selective depository of US Government publications.  In her position, she works with a variety of information resources - traditional paper references, online databases and a network of information specialists. 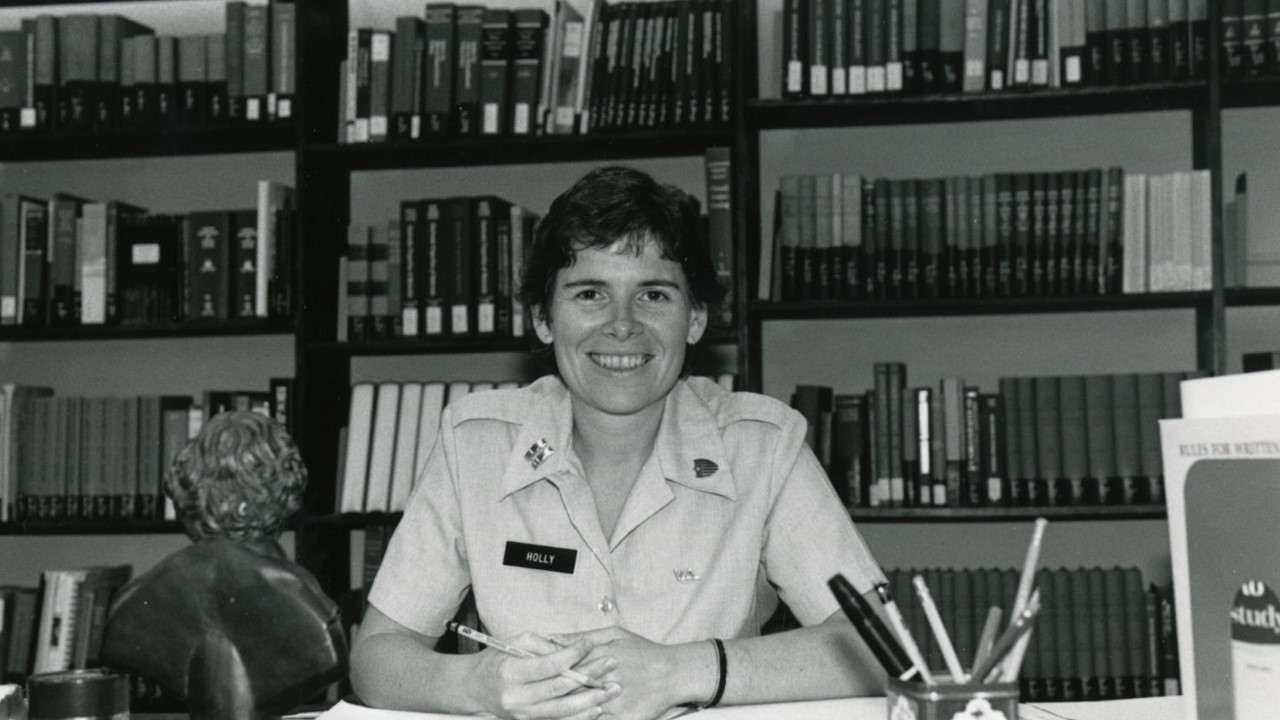 Janet still has ties to New Jersey where her two brothers reside.  Janet owns a home in Natural Bridge which she shares with her cat - Maybelline.  In her spare time, she volunteers at the Rockbridge SPCA and enjoys auctions.

In addition to professional service, Janet has served as a Board member of the Rockbridge SPCA for over 20 years. 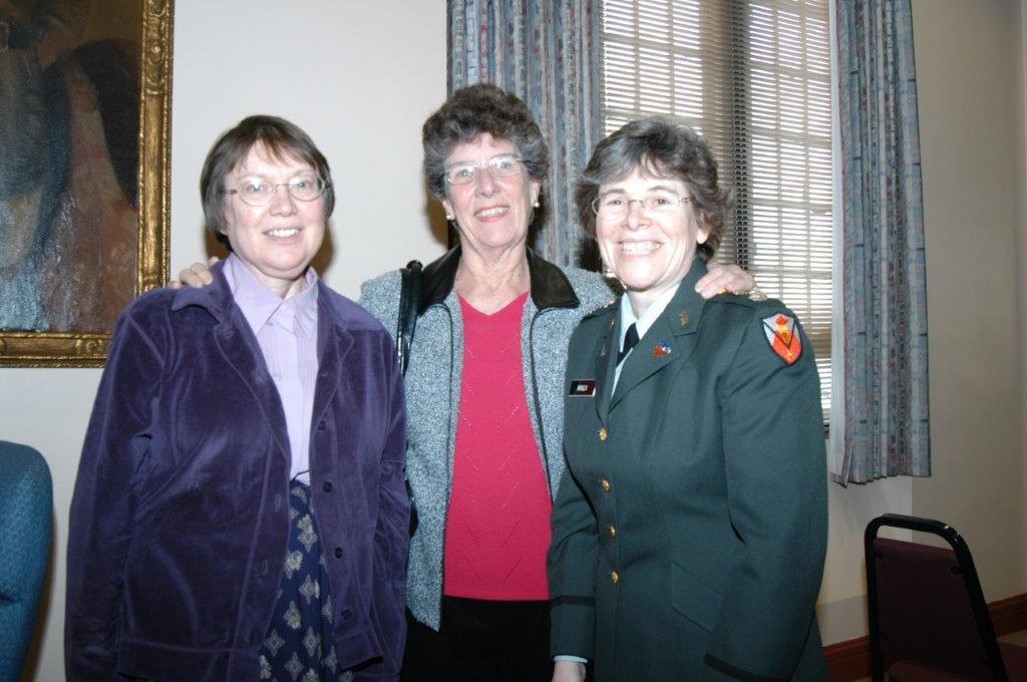 The VMI Meritorious Service Award is hereby presented to Colonel Janet S. Holly for her untiring, dedicated and passionate service to the Institute, Corps of Cadets, faculty and Preston Library as a Reference Librarian for 37 years, from August 1984 to 31 August 2021.

Colonel Holly has been a professional icon of the Institute, proving to be a highly capable and valuable expert whose efforts continually strengthened a myriad of information literacy initiatives.  Colonel Holly, instructing thousands of cadets throughout the years, has been known for her collegiality and focus on cadet and faculty needs.  Her ethos has been officially described as “Exemplary in her willingness to place cadet success as her primary objective and to accept any responsibility to that end.”  Additionally, Colonel Holly’s interpersonal skills were of great benefit amongst the Preston Library team, imbuing steadiness and ease of communications. 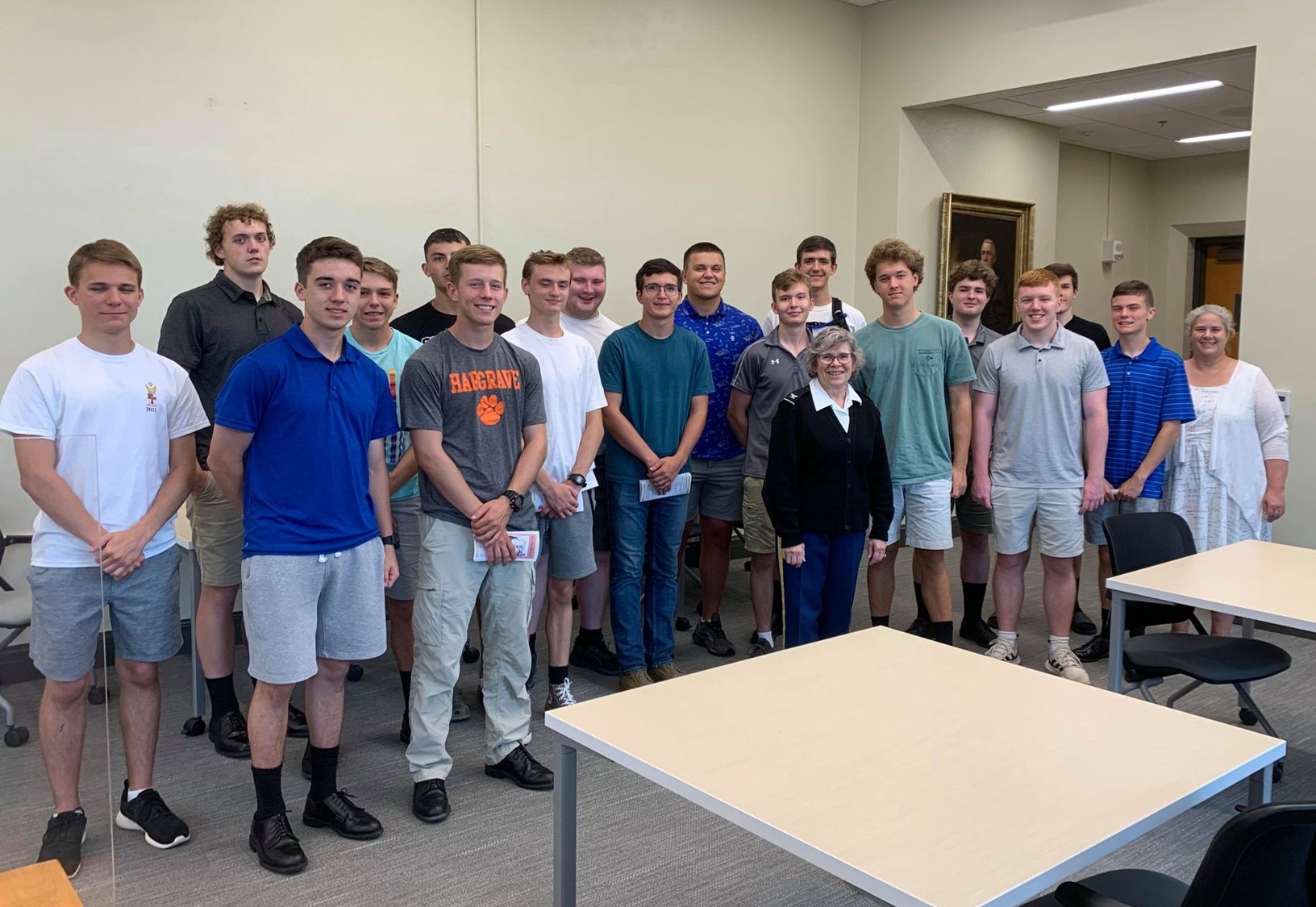 Colonel Holly’s Institute career began as an Assistant Reference Librarian and Instructor in Library Procedures at the rank of Captain.  She quickly became one of the library’s authorities on automation and in the shift to digital resources; instrumental in the adoption of many technological advances over the years.  As a versatile librarian she held many positions, such as Assistant Reference Librarian and Instructor in Library Procedures, Reference Librarian, FDLP Depository Coordinator (VMI), Assistant Public Services Librarian, and lead for Circulation and InterLibrary Loan processes.  Colonel Holly has served as a member of many VMI committees, such as the Research, Summer Reading and the Undergraduate Research committees.  She has been a member of and served in many professional organizations, such as the American Library Association, Special Libraries Association – Virginia Chapter (member and President), Virginia Library Association, VIVA Resources for Users Committee task force (co-chair), and the VIVA Virginia Academic Library Virtual Reference Service Task Force.  Colonel Holly, along with Colonel Walsh and Cadet Helsel, won the Wilber S. Hinman, Jr. ’26 Award in 2006. 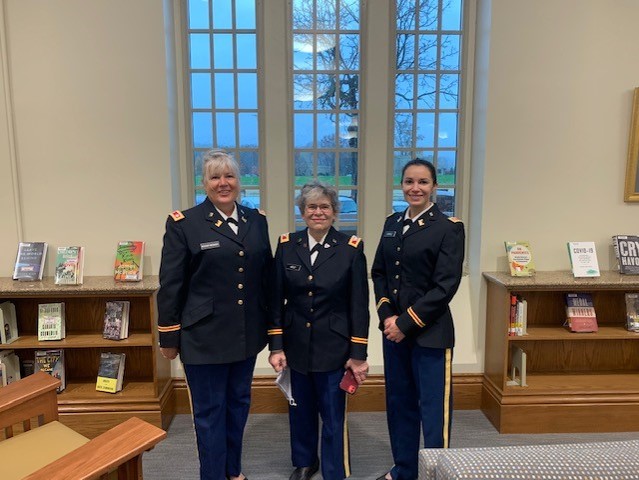 In summary, Colonel Holly has been an utterly effective and dedicated professional.  The Institute offers its deepest gratitude to Colonel Holly for her unwavering commitment to the Corp of Cadets, faculty, staff and her profession, and offers her the very best and most sincere wishes in all her future endeavors and for such a well-earned retirement. 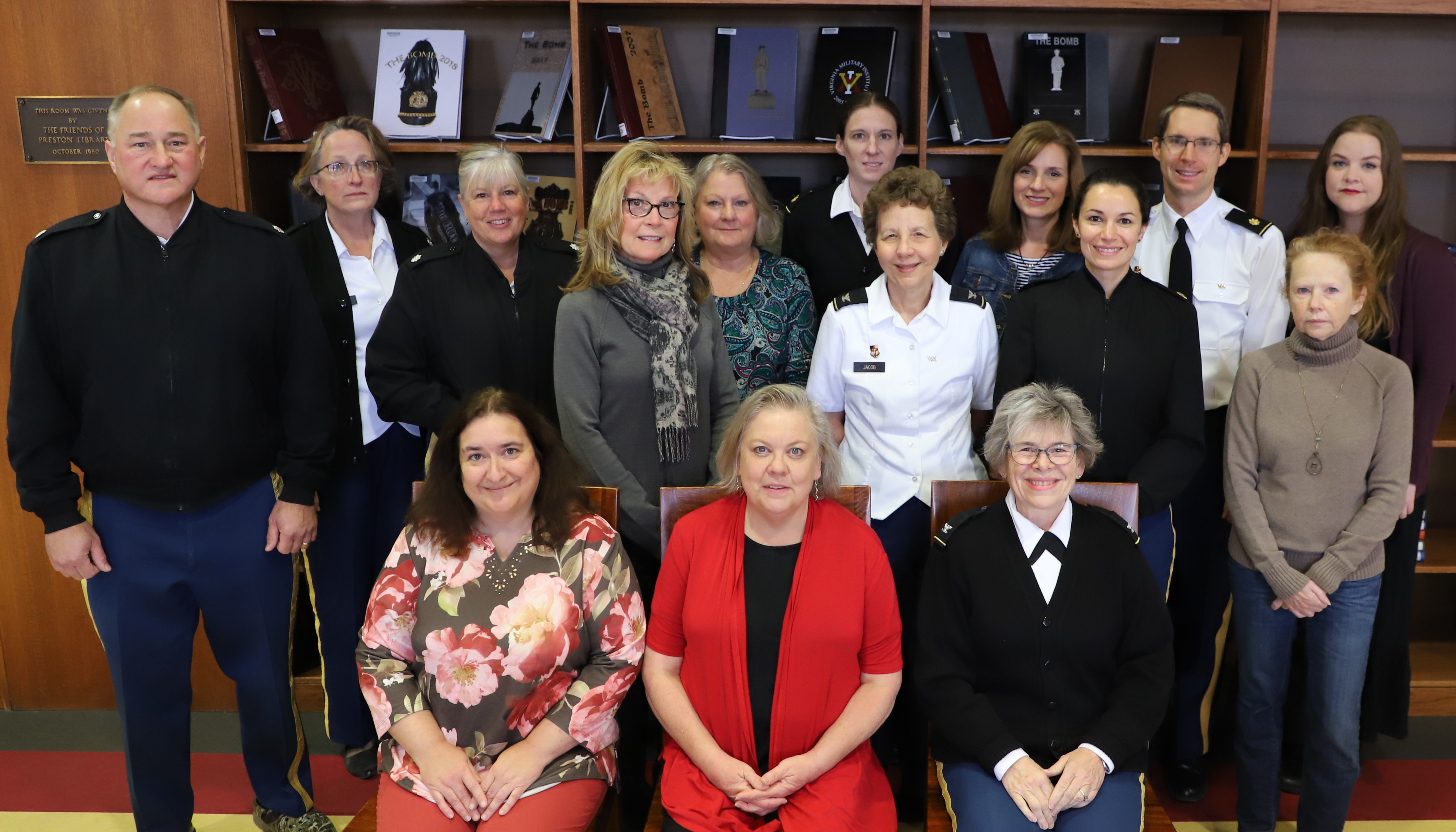