180 years ago today, the Virginia Military Institute began its unique military education system when 25 young men from Virginia enrolled as the first cadets. Since that time, VMI and the Corps of Cadets have grown and changed considerably, but the goal of preparing its graduates to be civilian and military leaders remains unchanged. 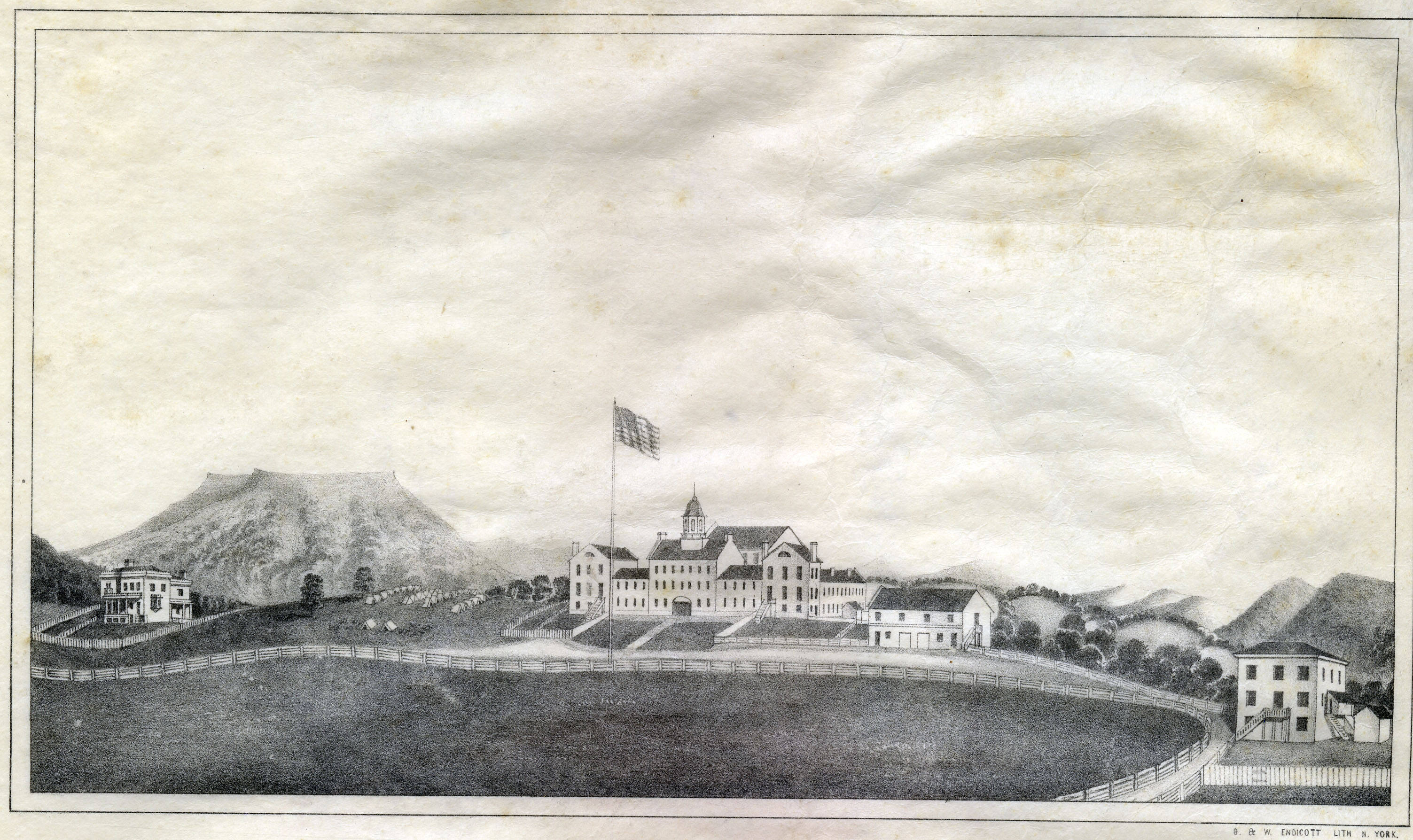 An early view of VMI showing original Barracks, Faculty Residences, and Arsenal building; the Superintendent's residence is at far left. This lithograph appears on early Cadet Society certificates and other documents. 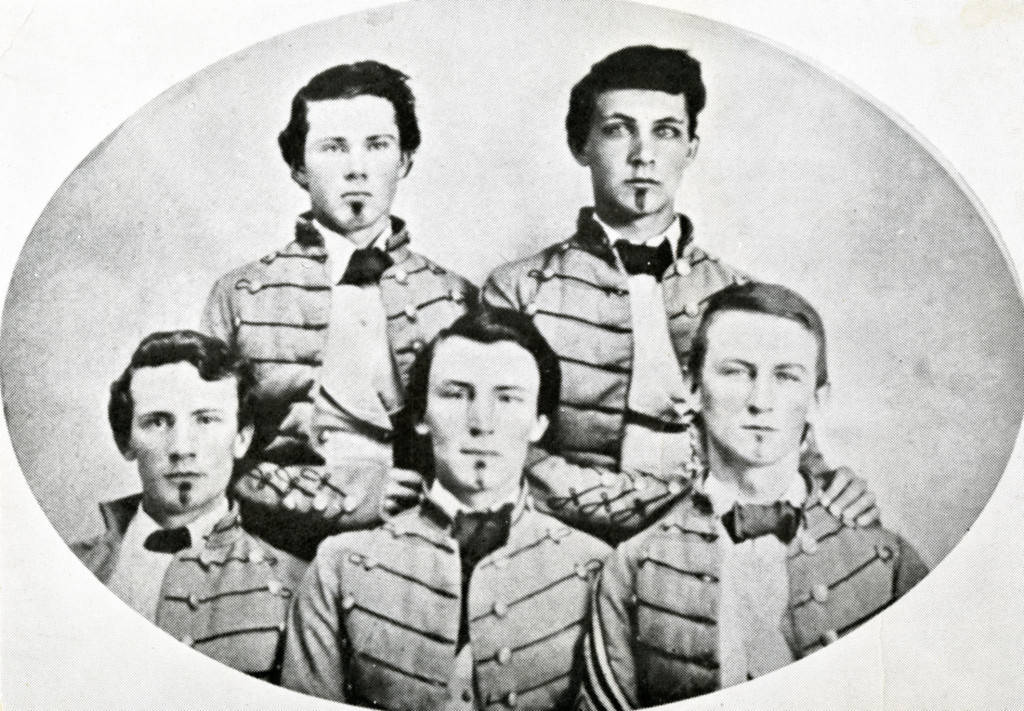 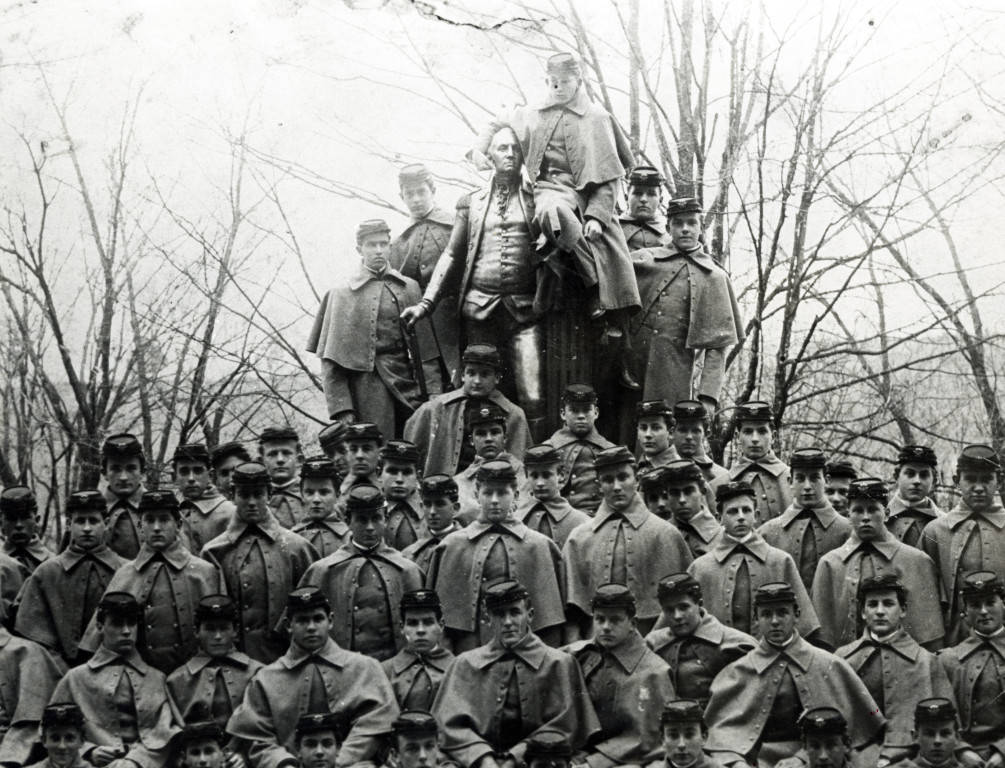 The VMI Class of 1907 as Rats (4th classmen or freshmen).  This photograph appears in the 1904 yearbook.

Cadet company on Parade Ground during World War II. The cadets wore the overseas cap only during the years 1943-1945. 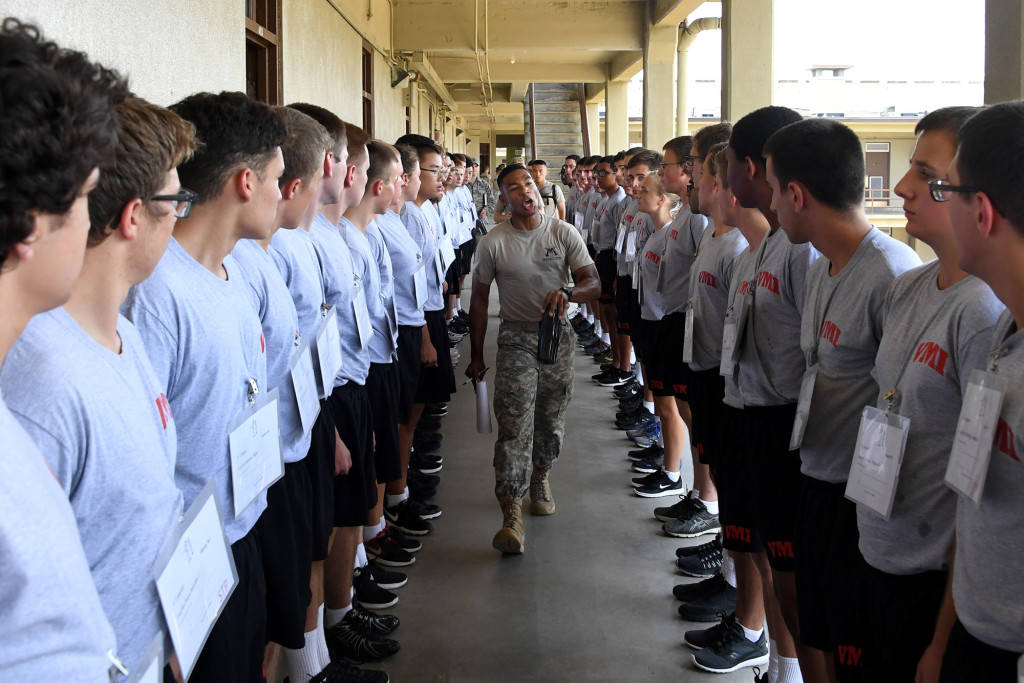 Rats in the Class of 2020 line the hallways of Barracks to begin their first afternoon of training with their cadre, Aug. 20, 2016. 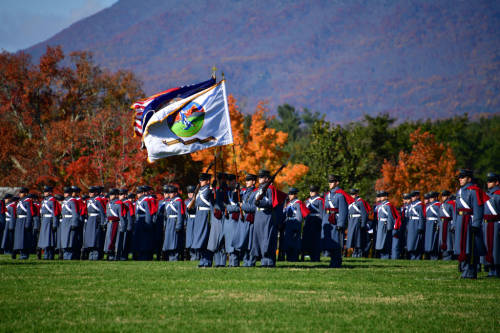 Nationally, November 11 is Veterans Day, the day to honor veterans of the United States armed forces, and all the men and women killed in war.  It originated as Armistice Day, commemorating the end of the First World War on November 11, 1918.  In 1954, after the Korean War, this date was officially designated Veterans Day.  The day itself is observed as a public holiday with parades, speeches and the placing of floral tributes on servicemen's graves or at memorials.  Special services are held at the Arlington National Cemetery.

Between November 6 and 14, the Library of Congress has organized a series of lectures and concerts to celebrate the 20th anniversary of the Veterans History Project of the American Folklife Center.  This project made it possible to collect, preserve and make accessible personal accounts of American war veterans.  Visit the web site here.

The VMI Archives has an entire digital collection dedicated to World War I, which can be viewed here.