The mention of Mardi Gras to today’s cadets brings to mind the annual celebration in New Orleans rather than the 1958 feature film starring Pat Boone. The prominence of the Virginia Military Institute in the film reveals a little-known and historic connection between VMI and Mardi Gras. 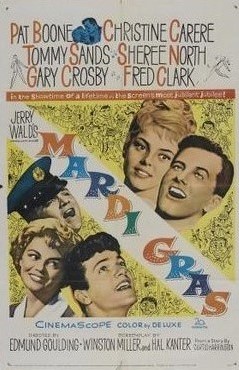 An article on the front page of the February 10, 1958 issue of The Cadet newspaper reported that Jerry Wald, the film’s producer, “was attracted by the ‘youth, spirit, and dignity of VMI’” when selecting it for a prominent part in the film. The article also noted that VMI had accepted an invitation from Twentieth Century Fox to have the Regimental Band and the Regimental Staff fly down to New Orleans for filming during Mardi Gras celebrations. Despite considerable travel delays caused by bad weather, the cadets finally arrived in New Orleans where they were filmed marching in the Rex parade just ahead of the float for the king of the Mardi Gras. 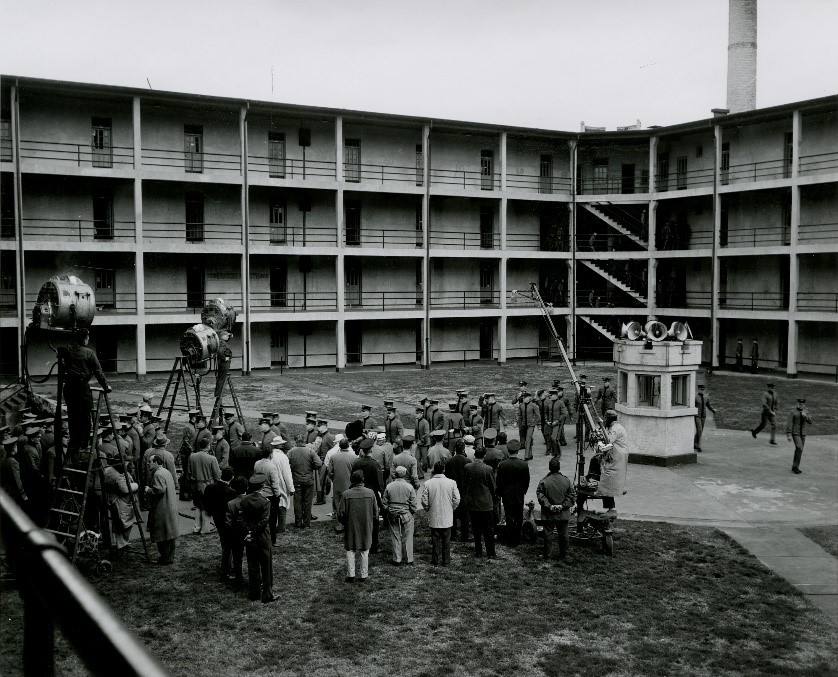 Filming at VMI took place on April 11-12 to coincide with the Easter Dances scheduled for that weekend. Although a persistent rain required changes to the original schedule, all of the scenes of the dances, parades, and formations, as well as the scenes inside the courtyard of Old Barracks were filmed. As the female lead was not yet confirmed, movie officials went to nearby Southern Seminary in Buena Vista to find a stand-in to be Pat Boone’s date during the filming of the dance scenes. 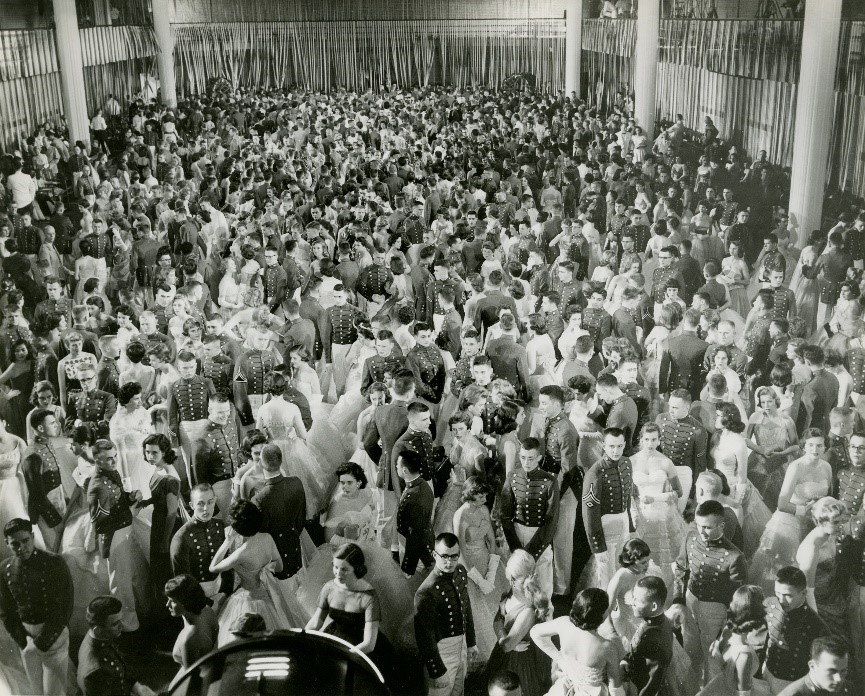 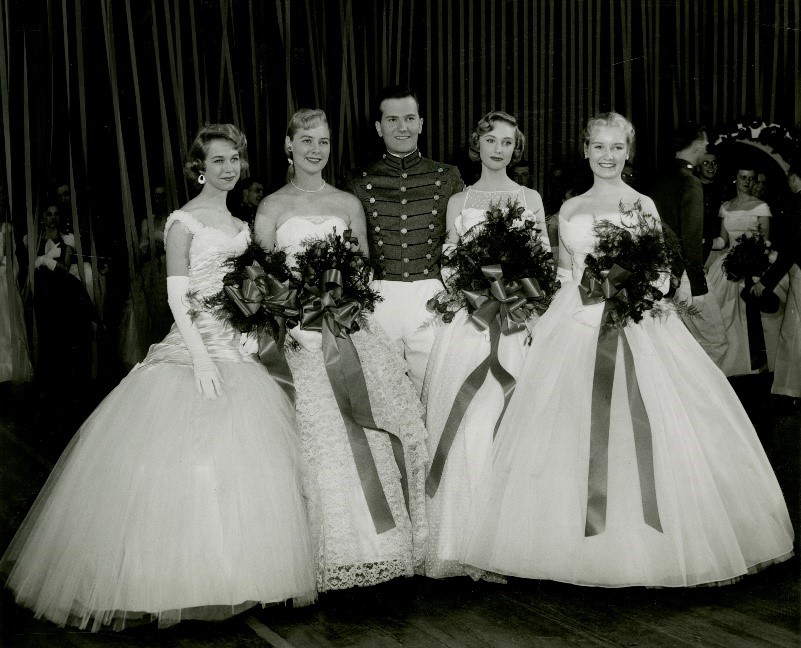 The world premiere of Mardi Gras, which occurred on November 11 at the State Theater in downtown Lexington, caused much excitement for the Corps of Cadets. Making the occasion even more memorable was the fact that Miss Christine Carere, the lead actress in the film, responded favorably to the Corps’ invitation, in the form of an 180-foot scroll signed by every member of the Corps, to attend the premiere. Miss Carere spent the day touring VMI and meeting cadets where she was presented with an engraved saber, which according to an article on the front page of the November 14, 1958 issue of The Cadet was “the first of its kind engraved for a female.” 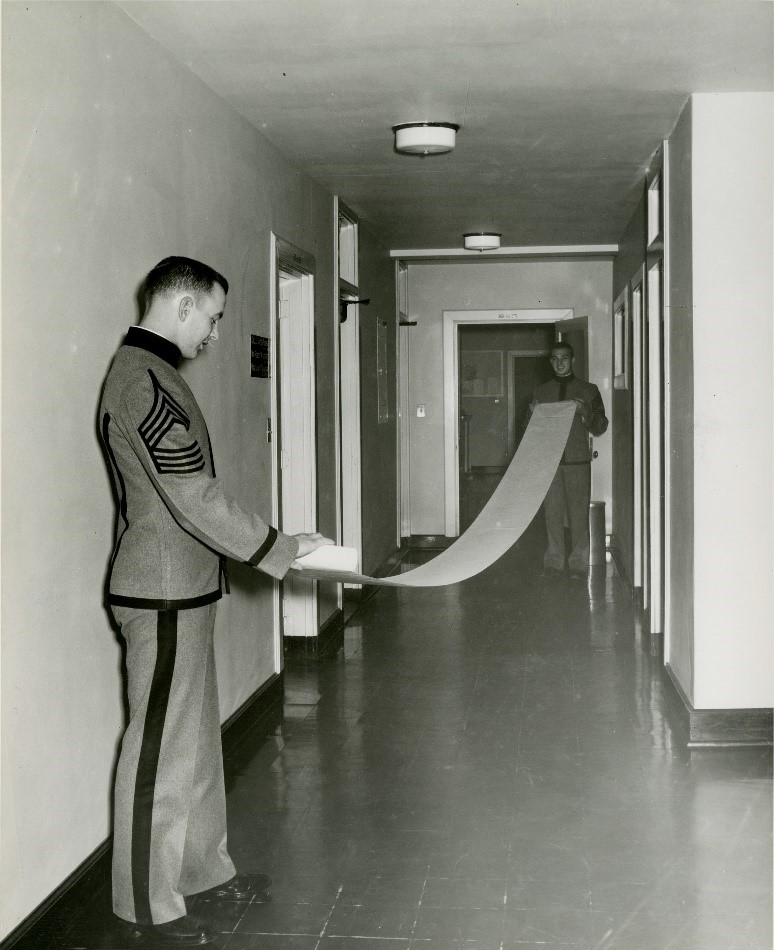 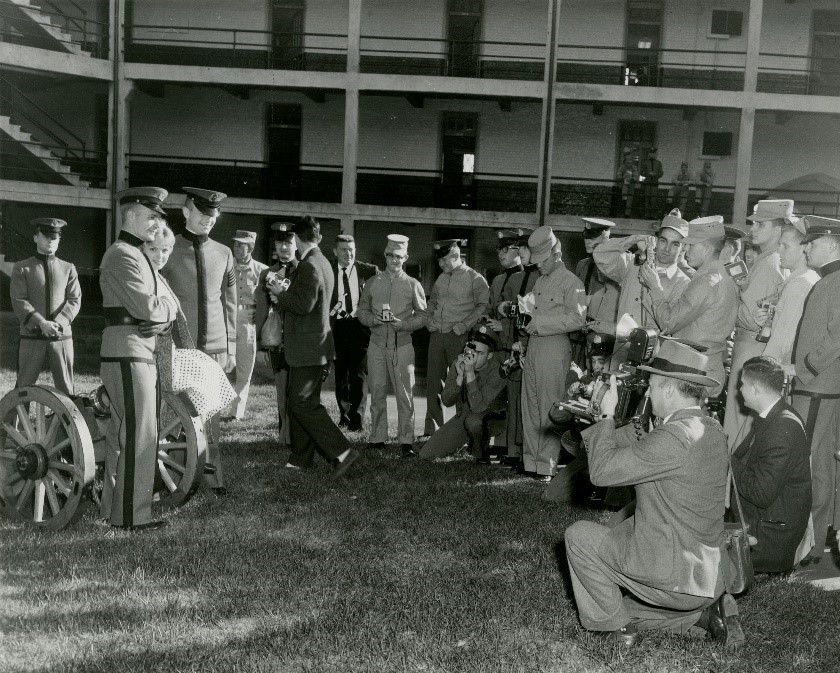 At the premiere that evening, Miss Carere received a miniature of the 1959 class ring and was declared to be the official Sweetheart of the Corps. Two showings of Mardi Gras were arranged so that the entire Corps was able to see the film on the same day. An article in The Cadet declared, “A glorious chapter was added to VMI’s long and colorful history” due to Miss Carere’s visit. 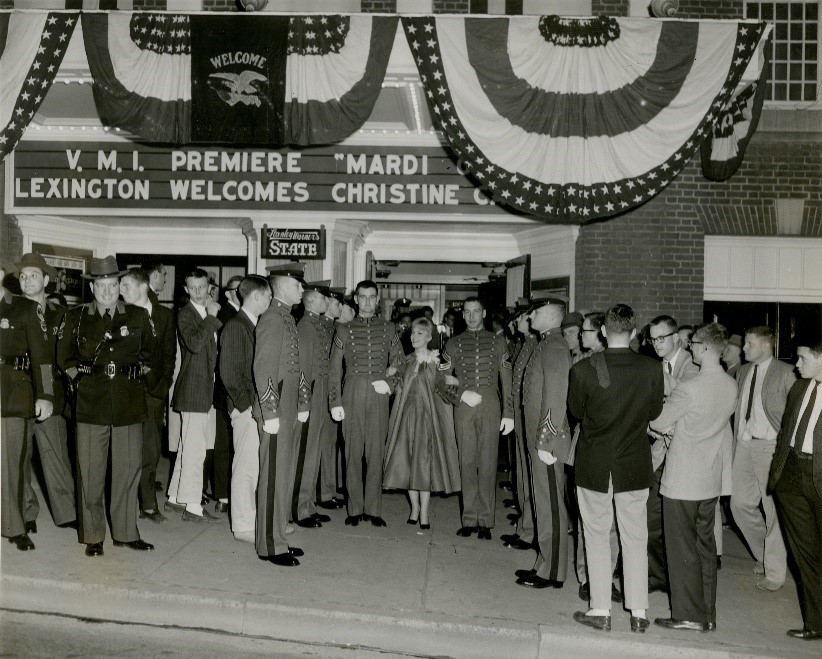 The VMI Archives has several collections that contain correspondence, scripts, photographs, and other memorabilia related to the filming of Mardi Gras at VMI. Although the film has been unavailable for many years, the Archives recently acquired a DVD copy for library patrons who have an interest in seeing it. The DVD can only be viewed in the Archives reading room.

A Look Back at the Class of 1921
Celebrate May - Asian American and Pacific Islander Heritage Month
April 22 is Earth Day!
April is National Poetry Month!
Preston Library Celebrates Women's History